Silkeborg was built in the mid 1800 as a trading venue by the brothers Drewsen. The brothers leased the surround area of a small famr area with the intention to start a paper mill production on the banks of the powerful danish river Gudenåen. The trading area developed rapidly in the second half of the 1800's. roads and railways were built, and the city had more than 7000 inhabitants when it acquired commercial property rights in 1900. It developed industrially with machine factory, breweries, etc. and became a teaching city with several seminars, technical schools and trade schools. In the scenic surroundings, several bath house establishments were created, including Silkeborg Bad.

Uniquely, Silkeborg's city center also houses a large variety of Danish architect Anton Rosens distinctive construction works. Rosen,worked in Silkeborg from 1883 until his death in 1928. Characteristic of an Anton Rosen house in Silkeborg are the decorative building façades based on national romance and the style of beauty. In a creative and fabulative way, the facades add romantic effects like towers, spikes, maples, tombs, bindings, and not forgetting the sockets of campstones.

Historical Buildings and Places in Silkeborg

Discover the ancient landmarks in Silkeborg - The Lake District.

Explore the many historical buildings of Silkeborg.

Churches in the Lake District

Experience our religious roots with a tour of 16 churces in the Lake District.

Since the 19th century, Silkeborg has been famous for its bath facilities, attracting thousands of Danes with everything from stress to weight problems. Silkeborg has always been the place to go, when you need to recharge your batteries – it still is to this very day.

Combine a day of wellness at Badeanstalten with the spectacular scenery of the Lake District – it will do wonders for your mind and body.

Badeanstalten is the last public bath in Denmark, which still upholds its traditions. Visit the old but well-maintained bathrooms and enjoy the special atmosphere and herbal aroma. 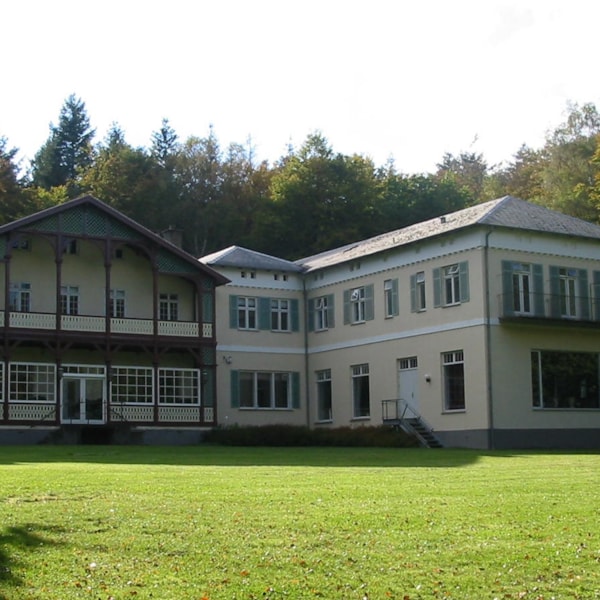 Accommodation on the outskirts of Silkeborg, 25 m from Lake Ørnsø and the Arnakkekilden spring, 150 m from the Art Centre Silkeborg Bad and Café Ørnsø. There is a beautiful sculpture park and excellent walks in the protected forest.