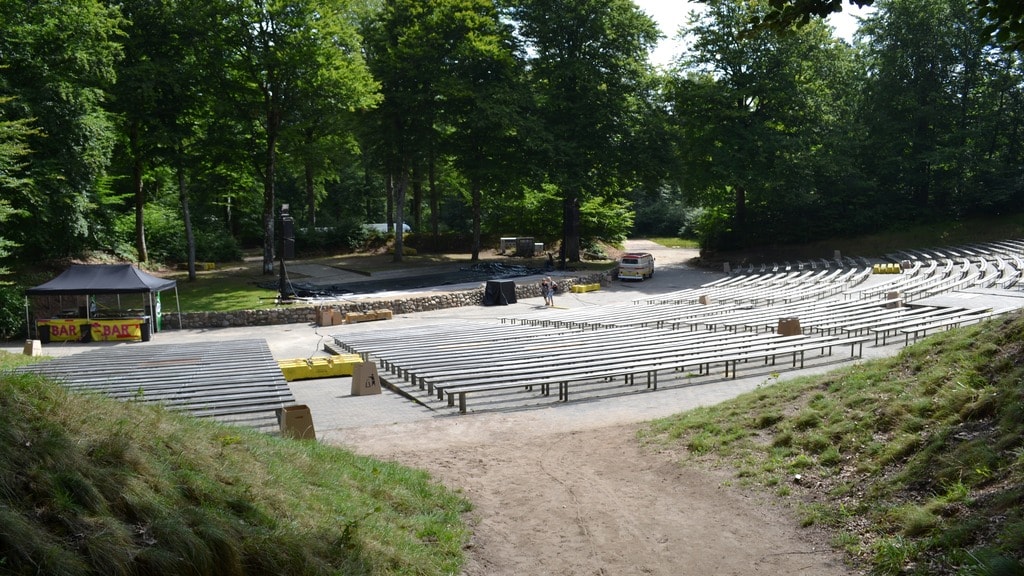 The theatre was built as part of a job creation scheme, so all excavation work was carried out with wheelbarrows, to provide work for as many people as possible

Rows of benches were established seating up to 6,000 spectators. In the first few seasons the theatre was visited by Royal Danish Theatre on the theatre’s annual summer tour. But over time, it became apparent that the theatre was too big. So in 1984 it was “slimmed down” to 2,000 seats. Today, Friluftsteatret is the setting of the annual Hede Rythmer (hot rhythms) rock festival and the Country Festival. It is also frequently used for open air concerts with Lars Lilholt and Kim Larsen, among others.